Here come the robots, marching into the lives of retailers 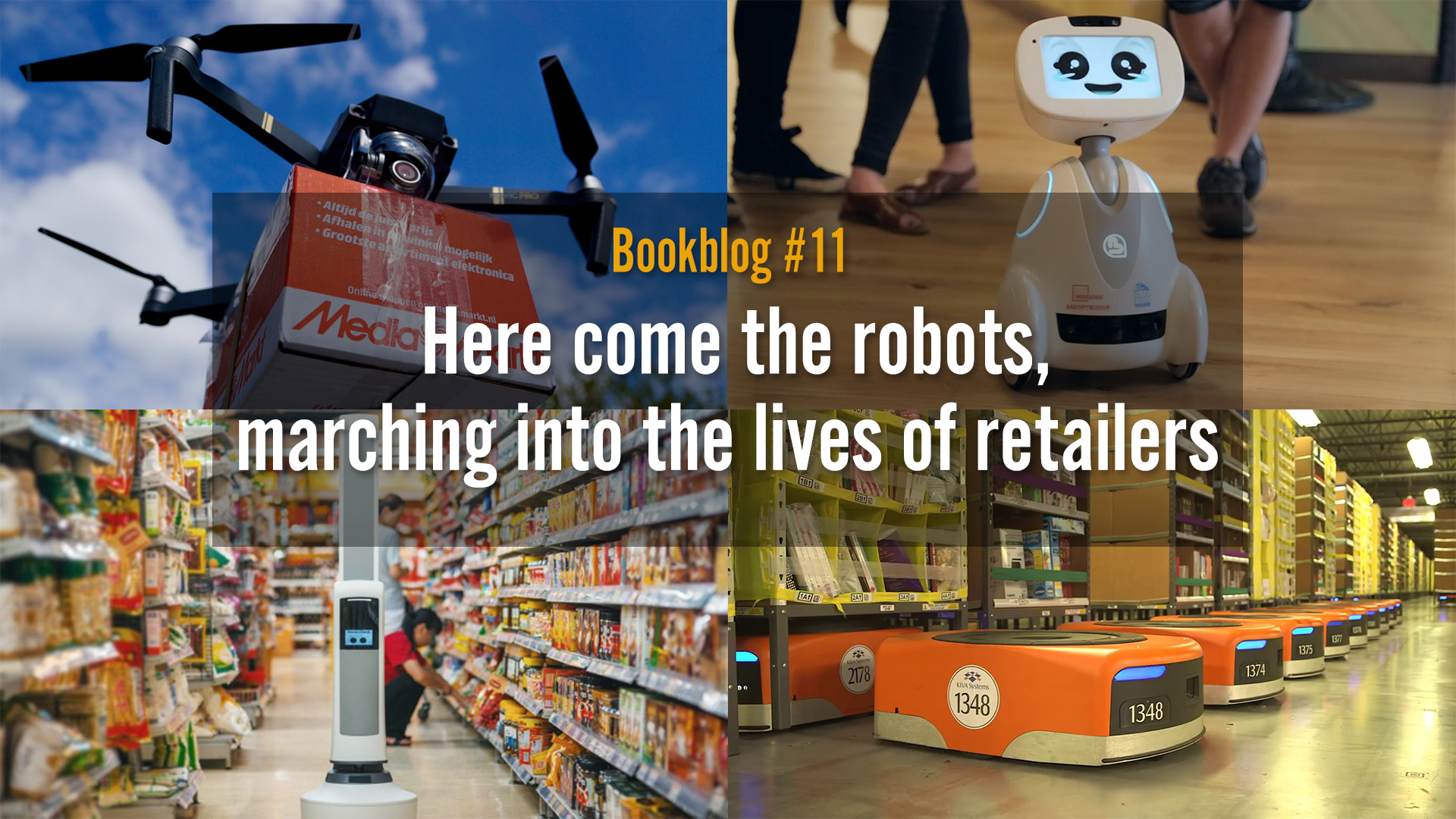 Left-right-left, here are the robots. At the moment, distribution and fulfilment centers of department stores, web stores and parcel delivery companies are the main areas where robots work. They need no help zipping between stacks, sourcing the correct items and packing them for delivery. Quit Logistics – a US fulfilment company working for Zara and others – now uses a range of robots to stop staff from walking back and forth between stacks and packing tables. Such centers often use robots for security too, tracking missing pallets of goods or using heat-detection cameras at night to find intruders. Amazon estimates that its use of some 50,000 robots in US distribution centers reduces operational costs by one-fifth, with savings on individual orders ranging from 20 to 40 percent. Storeroom workers no longer need to walk.

Supermarkets have started introducing customers to robots, which might zoom past as they scan whole shelves in one go, restock empty shelves and even replace checkout staff, thanks to the use of self-check-outs. Walmart’s robot Bossa Nova now roams the aisles in 50 Walmart stores in the US. It is able to perform tasks such as identifying when items are out of stock, locating incorrect prices and detecting wrong or missing labels. Consumer electronics retailer MediaMarkt-Saturn even uses robots in German and Swiss stores to enhance in-store customer experience. Service-robot Paul welcomes customers, answers to simple questions and walks with you to the right aisle.

According to Deloitte, the impact of robotization and changes in consumer behavior will translate into a serious reduction in jobs in the next two decades. McKinsey estimates that 47 percent of the work done by a store assistant could be automated or done by robots.

The robots hold the future

A 1980s song had the line ‘we believe the children are the future’, now we need to think about how to prepare our young people for a workplace where robots are mainstream. The smart economy represents the second machine age and the fourth industrial revolution. Each previous revolution saw workers become redundant, so we should be realistic as to what the future holds. Retail workers need to learn how to work alongside robots. Schoolchildren are no different, which means schools will have to adjust their curriculum to include technology.

Governments ought to levy taxes on income generated by robots. In doing so, they will ensure the speed of automation is spread out and that other types of work can be developed for people. At least, this is what Microsoft top executive Bill Gates recommends. If work done by a person in a storeroom is taken over by a robot worth an annual income of $50,000, then you should expect the robot to be taxed for income taxes and social security. Gates believes that governments should be trailblazing a reshuffling of jobs in order to benefit care for the elderly and coaching of young people in schools.

For the moment, human staffers can use their unfeigned interest in the customer and personal attention to set themselves apart from digital assistants and robot advisers.  It will not be long before robots come into our homes and help us with our daily chores. Robots like CLOi (LG), Kuri (Mayfield Robotics) and Buddy (Blue Frog) are ready to take on a pivotal role in households..

Blogs from my book

This is blog 11, based on my book ‘The end of online shopping. The future of retail in an always connected world’, published by Business Contact (Dutch/Flemish editions), Nubiz (English edition) Post & Telecom Publishers, Beijing (Chinese edition, from Q1 2018). The book will also be translated into Danish, German, Italian and Portuguese in 2018.