Wijnand Jongen (1959) has been the voice of digital commerce for over 20 years. He is founder and CEO of the Dutch e-commerce association Thuiswinkel.org and President of Ecommerce Europe. He is the bestselling author of the book ‘The End of Online Shopping: the future of retail in an always connected world’, currently translated in 10 languages and released in some 20+ countries. Wijnand is a highly sought-after keynote speaker at (international) conferences the world over. 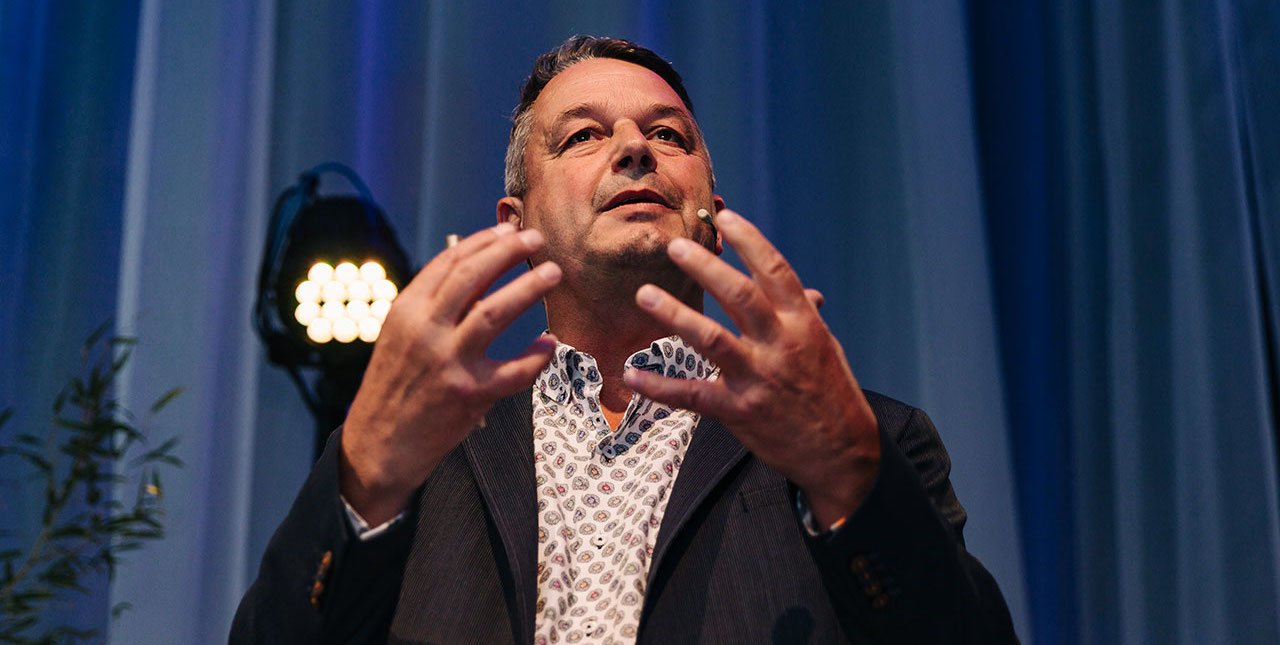 Wijnand is co-founder of Ecommerce Europe, the European umbrella organization with more than +100,000 (online) shops as its members. He is President and has been a member of its Board of Directors since the association’s incorporation in 2012.

Wijnand is founder and CEO of the Dutch e-commerce association Thuiswinkel.org. This association has some 2,200 members, all recognisable by the logos for Thuiswinkel Guarantee (B2C) and Shopping B2B Certified (B2B). He is also the founder and Chairman of the National Shopping Awards for the best (web)shops in the Netherlands.

On behalf of Thuiswinkel.org Wijnand is a proud member of FIRA. He is on the Strategic Committee of FIRA.

Mid-1990s, Wijnand was the co-founder of Macropolis, the first Dutch shop and price comparison site for consumers on the Internet. Wijnand was also Macropolis’ CEO between 1997 and 2000 and Macropolis was acquired by the publicity traded Newconomy in June 2000.

Author of ‘The End of Online Shopping’

Wijnand is author of the book ‘The End of Online Shopping’, which was published by Atlas/Business Contact in November 2016. Since then his books have been updated and released in new editions around the world: 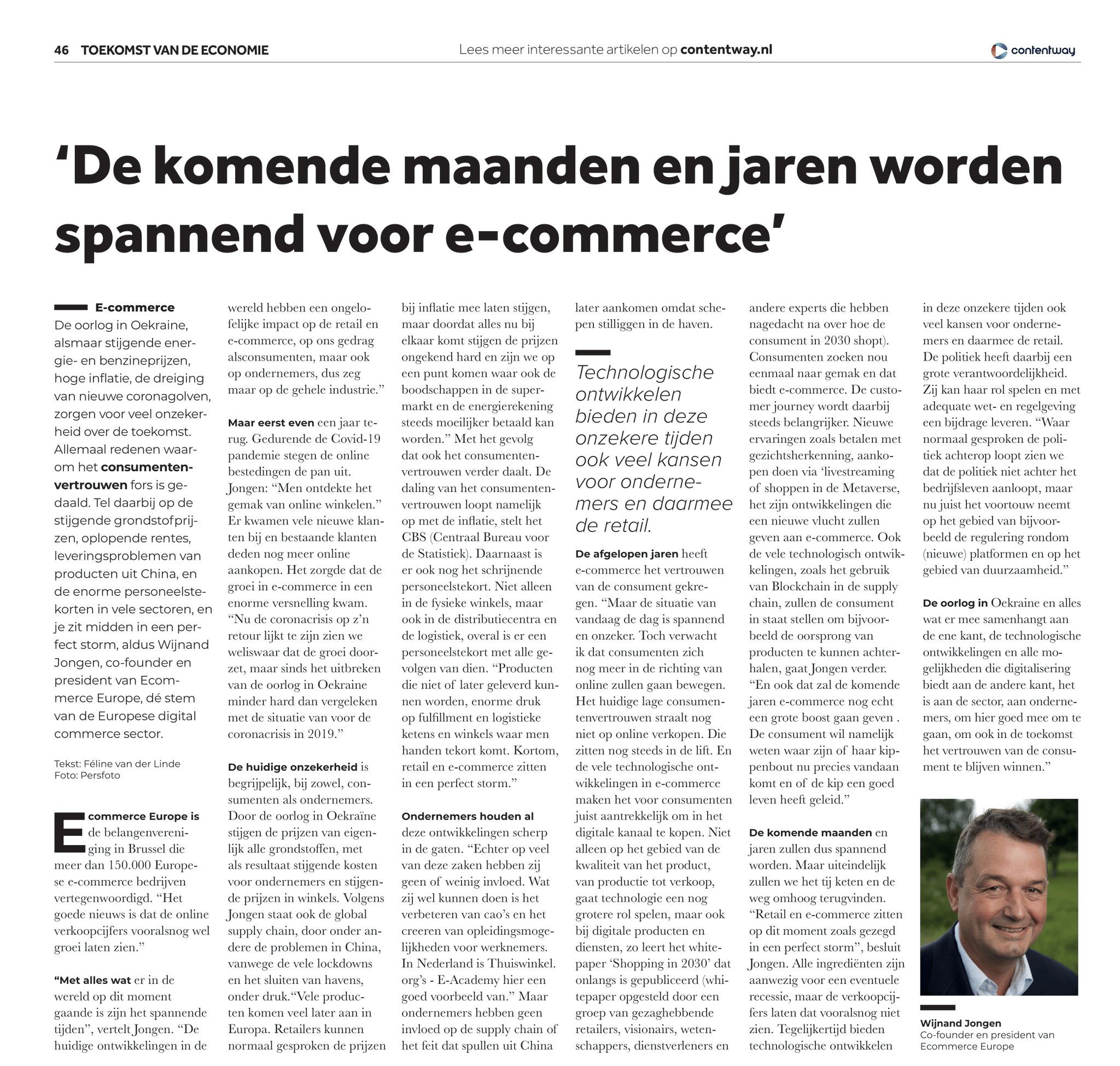 @Ecommerce_EU: Read the key takeaways from our webinar in which we presented our European E-commerce Report 2022 👉 https://t.co/UqCpvL6Zq4 The recording of the webinar is available here 👉 https://t.co/SzeyGEuWvZ #ecommerce #EU https://t.co/ylWQdxiVFP 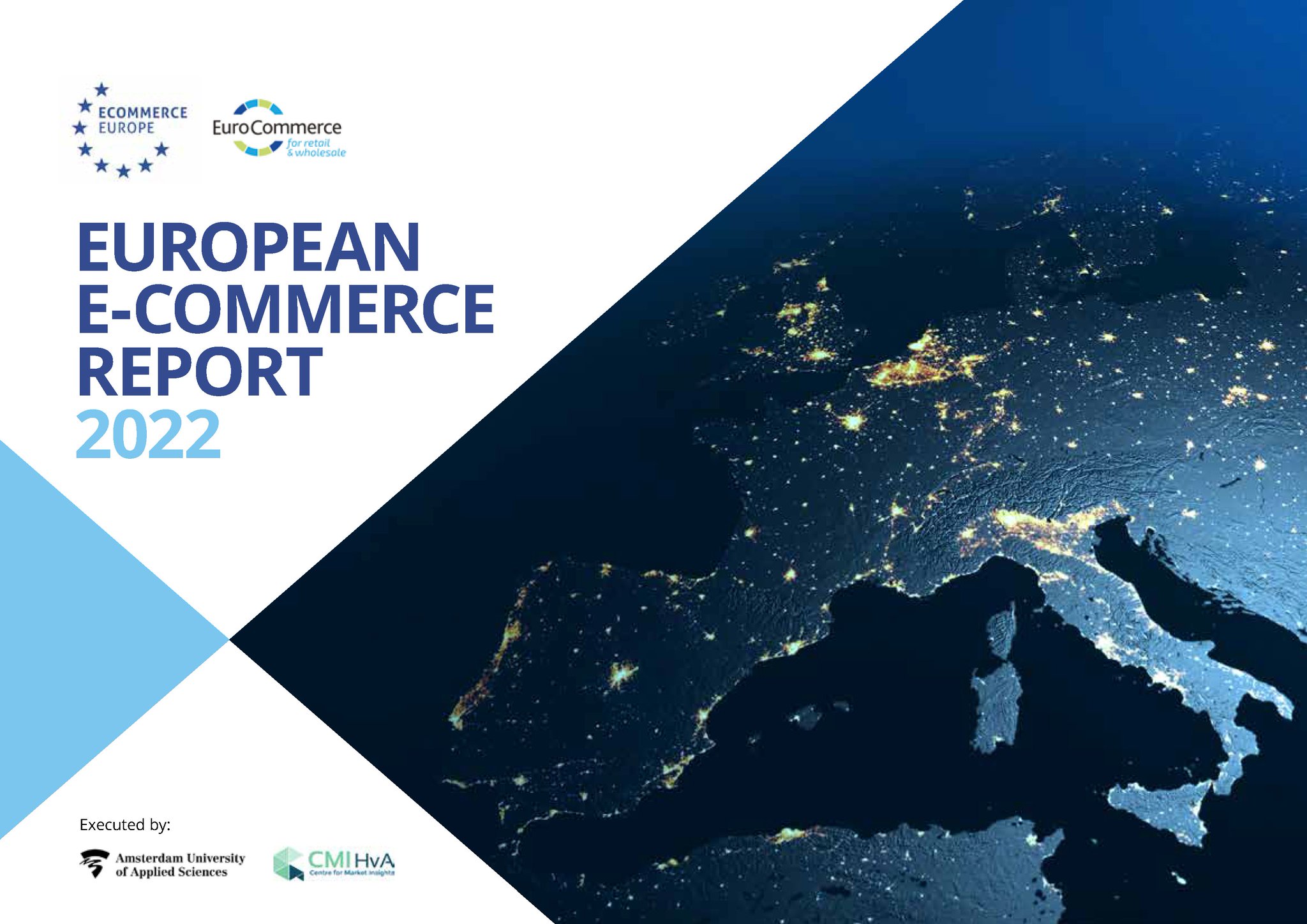 @Ecommerce_EU: 🇨🇿 Today, the Czech Republic takes over the rotating presidency of the Council of the European Union from France. Read more about the #digital and #sustainability priorities of the Czech Presidency in the coming 6 months 👉 https://t.co/BTzQbd6CV1 #ecommerce #EU2022CZ https://t.co/FojhFYx3HB 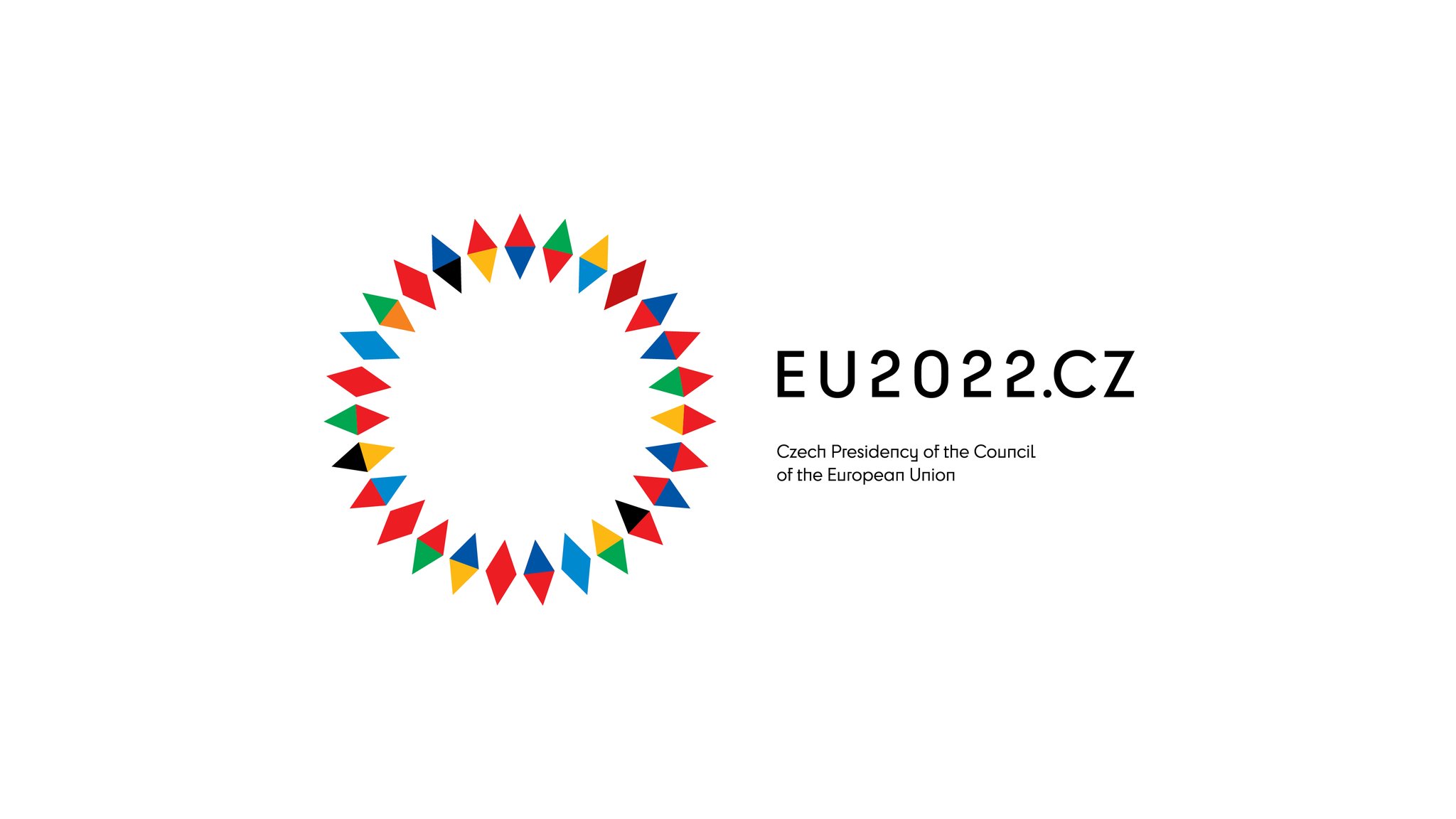 @Ecommerce_EU: The EU’s legislative proposal for the Artificial Intelligence (AI) Act is the world’s first attempt to regulate this booming technology and EU policymakers are strongly invested in the negotiations on the file 👉 https://t.co/2PVIS7o3Eu #ecommerce #ArtificialIntelligence https://t.co/PJZCE3Zss9 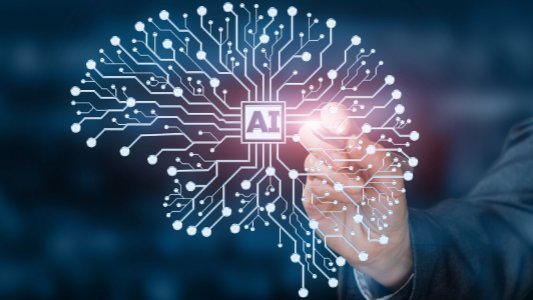 @Ecommerce_EU: The European E-commerce Report 2022 brings you the latest figures on #ecommerce in #Belgium. For more information download the light version of the report 👉 https://t.co/lnJz4aAAtl https://t.co/Fj9OGRpJA2 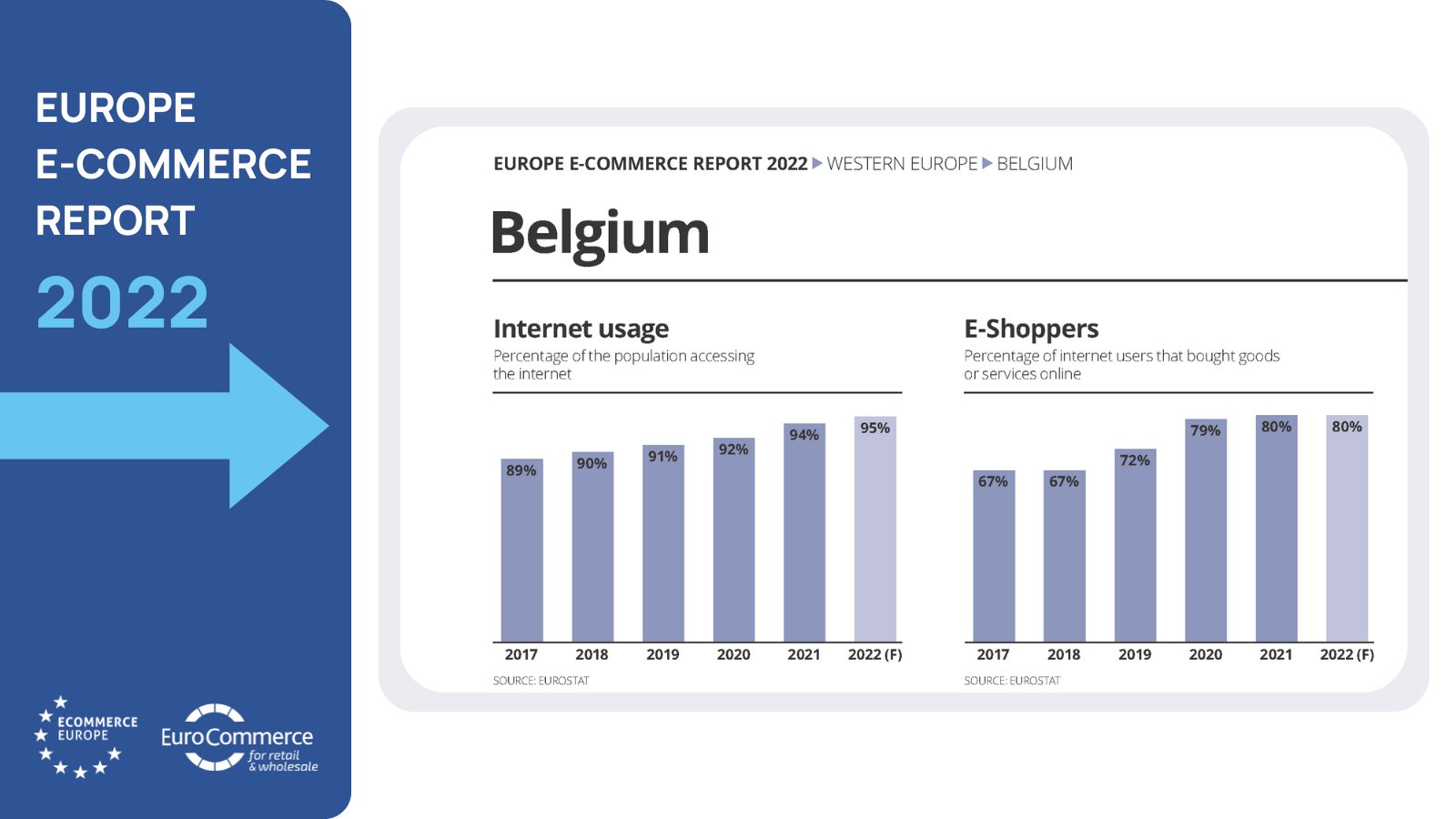